Bill Keitel and his wife Lauri Keitel founded The Buffalo Billfold Company (then, The Cow’s Outside) in 1972. This however was not Bill’s first foray into working leather. Bill was a shoe repairman by trade. Over the next 4 decades Bill and Lauri fine tuned their skills while designing & handcrafting a variety of leather goods. They’ve made everything from pager cases (for fire & police departments) to specialty items such as their Buffalo Leather Flight Bag and their 1920’s Attache Case in their Historic Reproduction Series. Throughout this time Bill has managed or been involved with other committees and organizations. Listed below are some of the roles Bill Keitel has been in and places he has been heard, seen or featured.

Bill Keitel has been a part of 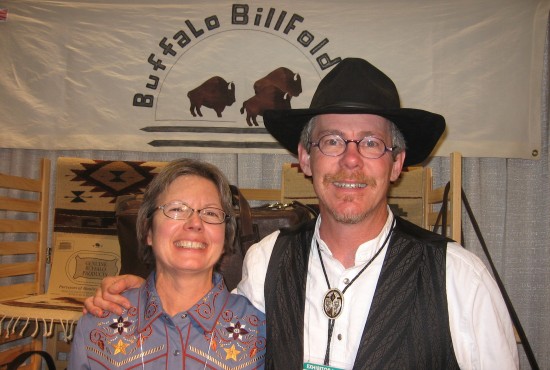 We source our Bison leather from USA ranches. We custom tan leather at tanneries in the USA. And we handcraft our leather goods at our workshop in Worthington, MN. From Prairie to Product, our leather goods are entirely Made in USA and built to last.
FREE SHIPPING to Mainland USA on orders $75+. Coupon: Ship-Free-75
Have our products? Review us on google in just 30 seconds!
We use cookies to improve your experience on our website. By browsing this website, you agree to our use of cookies.
Accept More info